The collaboration of two cousins, Takoma Beverage Company has been a dream of Chris’s and Seth’s for many years. After working together in a busy specialty café, Chris and Seth became intoxicated with the world of beverages, the stories they contain within and the social world they promote. Noticing that people who enjoy specialty coffee also desire the same level of craft in their beer or cocktail, the cousins wanted to create a place where people could come to hang out with their friends and their beverages, and continue the everlasting tradition of coming together that only a drink can initiate.

Before coming to Washington, D.C., both Chris and Seth had been living abroad and traveling the world. The sense of connection contained within tea, coffee, wine, beer and liquor and how it persists from culture to culture became a great constant of their travels. Continuing that sense at Takoma Bev. Co. is one of their utmost priorities, from traveling to origin and meeting the farmers and producers to showcasing the levels of specialty that exist worldwide.

Takoma Bev. Co. was founded in 2016, with the first café opening in downtown Takoma Park, Maryland, in 2017.

Takoma Park is a close-knit community and being rooted in this community is imperative for the business. We are a cornerstone on Main Street Takoma offering tastings, workshops and events that connect our products and producers with the people of Takoma Park.

Every Product has a Story

Whether it is the origin of the coffee bean or the name of the cocktail, every product has a story. This level of connection and understanding is paramount to our experience, and relaying that to our patrons, whether actively or passively, builds stronger levels of connection.

All servers are excellently trained in every aspect of their work. It is of utmost importance for the baristas to take ownership of the products they are selling and to understand its specialty. This aids for an overall better experience for the guest, but also encourages continued mutual investment between cafe and customer.

Cousins Seth Cook and Chris Brown are leading this venture.  Their collective knowledge is a collaboration of passion, skill and execution.  Though this is their first restaurant venture, their respective resumes demonstrate the depth of their preparation. 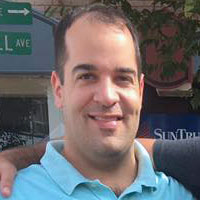 Seth was 12 when his love affair with coffee began. Since his parents did not approve of his new found obsession, Seth would have to save his allowance so he could buy coffee on his own, or wait for his parents to be out of the house so that he could make coffee for himself, only to be foiled when his parents returned to the lovely aromatics of coffee filling the house. As his passion for coffee grew, so did his love of music and art. He began attending the New England Conservatory Preparatory School in Boston at the age of 13, which happened to have a wonderful espresso bar nestled beside it. In between rehearsals and classes, Seth began to discover the burgeoning field of specialty coffee, falling more in love with it than ever before. Not too long after, he received his first espresso machine- a rudimentary boiler system machine that made horrible espresso- and the search for making great coffee began.

Seth holds degrees from both Northwestern University and McGill University, in orchestral tuba performance and musicology. Having traveled the world with many different orchestras, he began to see that coffee was multifaceted. It’s not merely a wonderful morning drink, but a social situation, a thought provoker, an historic relic. Discovering the effect of coffeehouses in Vienna as a spur for the Secessionist movement in art, Seth became further intrigued by the power of coffee. He continued to practice and train on his own time, maintaining his pursuit.

After he finished his studies in Montreal, Seth moved to Washington DC to begin to practice his music profession. Immediately upon moving to the area, he started performing with top ensembles, including the National Symphony Orchestra, the Washington National Opera, the Baltimore Symphony and the Kennedy Center Opera House Orchestra. While this success was gratifying to an extent, it was his wife, Sophia, who encouraged him to also pursue a career in coffee. In 2009, after a long search, Seth was fortunate enough to join a new concept in it’s infancy: Northside Social.

Being a Director of Coffee for such a busy and versatile shop immediately presented new challenges on daily basis. The difficulty of maintaining the highest level of quality possible, or how can such a busy shop still have a personalized and indelible experience for a customer were issues that Seth took to heart, forcing innovations to help meet the demand. During his tenure at Northside Social, Seth competed twice in the US Barista Championships regional competition, numerous TNT’s and Cup Taster Challenges and other coffee events, in some of which he was victorious.

In 2016, Seth’s cousin, Chris Brown, and he started Takoma Beverage Company in Takoma Park, Maryland. Takoma Bev Co is a neighborhood cafe that focuses on the art of the beverage, along with a full cafe menu. They look forward to joining the people of Takoma Park and becoming a part of their wonderful community. 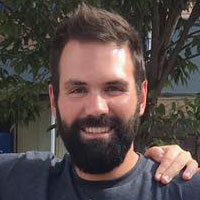 Chris has always been passionate about the food service industry working as a bar cook, caterer, line cook and pasta chef all before his 21st birthday. Since then, work and travel has taken Chris to 5 continents, 25 countries, and 40 US states and no matter how much he travels he is always fascinated by the role of food and beverage in everyday life.

After receiving a Bachelors of Science at Hobart College, Chris joined the Peace Corps and accepted a position as an agricultural extension officer in Tanzania. While living in a rural village with no refrigeration Chris developed a new understanding of “fresh food.” Meat was cooked and eaten minutes after it was slaughtered and vegetables were grown organically and picked to eat. Villagers would gather at the Kilabuni in the evening to discuss the weather and drink a soda or share local booze made from corn or bamboo sap. It was there that Chris realized that cultures and lifestyles could be so different yet food and beverage connect people in such a basic and necessary way.

His next move was to Washington DC, where Chris taught in Montgomery County while getting his Masters in Education from The George Washington University. When Chris was not in the classroom or planning lessons, he was exploring the never-ending variety of restaurants in the metro area and watching the food scene explode.

In the spring of 2012, Chris started working at Northside Social with his cousin Seth who directed the coffee program there. Chris loved the fast pace of the café and developed an appreciation for the complexity of coffee, tea, beer and wine. Seth passed on his wealth of knowledge and passion for coffee to Chris, and together, the concept for Takoma Bev. Co was formed.